The aim of the conference is to present the biological principles and mechanisms of training companion, farm and wild animals. Foreign guests will present fresh knowledge on the subject. Our mission is to dispel the myths that still persist in many publications and to present the basic methods and training techniques that are universal for many species.

The conference is organized for animal behavior enthusiasts, ethologists, but first of all, for behaviorists and zoopsychologists, trainers, veterinarians, zootechnicians and others who want to expand their skills.

The conference will feature innovative methods of training, bringing you closer to new ways of working with animals and scientific evaluation of their effectiveness. Riders, instructors, trainers, dog owners or behaviorists will find the scientific basis for their activities and researchers will be able to explore the practical application and considerations of the discussed methods. The conference will also touch on the ethical aspects of working with animals, with an emphasis on well-being during training.

We encourage delegates from all geographic regions working in all behaviour disciplines and training to take an active part in this comprehensive conference. We are delighted to invite you to Poland to share your recent developments in behaviour research and animal training.

Language of conference: Polish/English
(we provide English translation for foreign participants with prior arrangement)
Translation: simultaneous 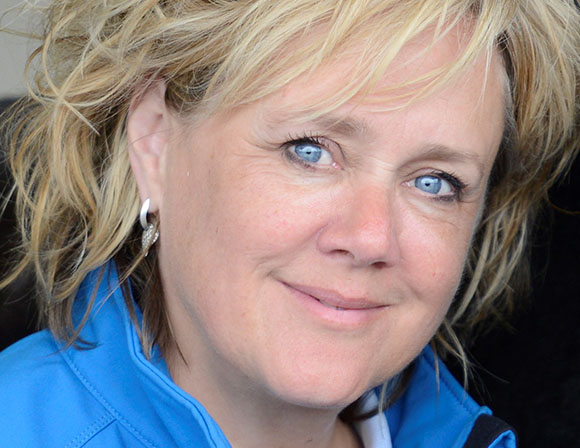 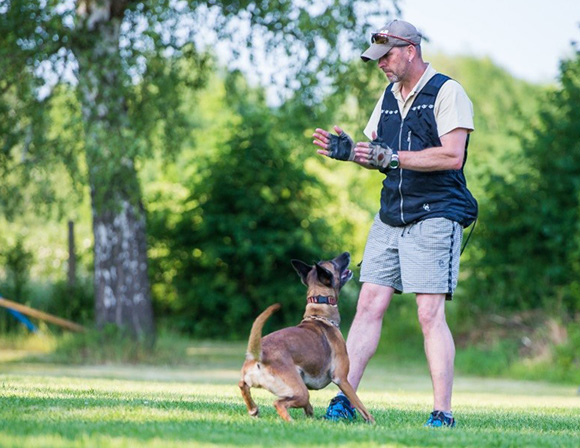 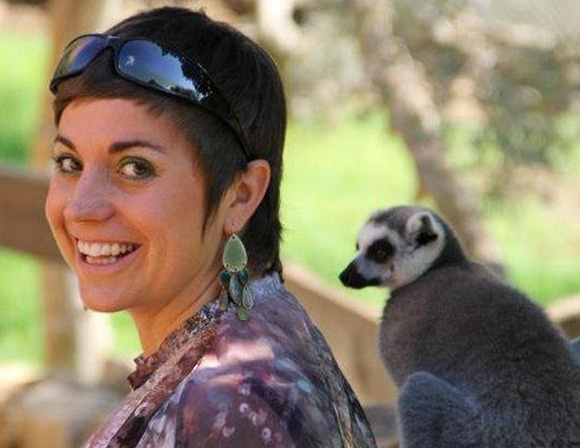 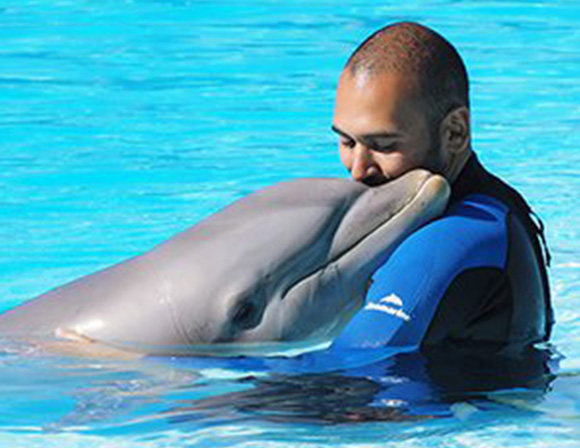 Conference materials will be available to all participants in the form of a book of abstracts.

WORKSHOPS ARE SOLD OUT!
CONFERENCE TICKETS ARE STILL AVAILABLE!

ATTENTION!
*Members of The Polish Ethological Society (PTEtol) and students of Applied Animal Psychology (SPZ), University of Warsaw, are eligible for a 20% discount on tickets. SPZ students are kindly reminded to bring their student ID for the conference
*Participants of Dr Jenifer Zeligs’ seminar receive a 20% discount on tickets
* For groups of more than 5 people from one institution – individual special prices can be arranged. For this purpose, please contact us at: akokocinska@ethoplanet.com
* The inaugural lecture is already included in the price of each ticket. The workshops are charged separately.
* From October 15, you will not be able to withdraw your payment. In case of cancellation prior to this date 80% of the payment is returned.
* Participants receive a separate certificate of participation in individual workshops. Workshops are not subject to discounts.

Included in the ticket price:

If you have any questions please write us at registration@atm2018.eu 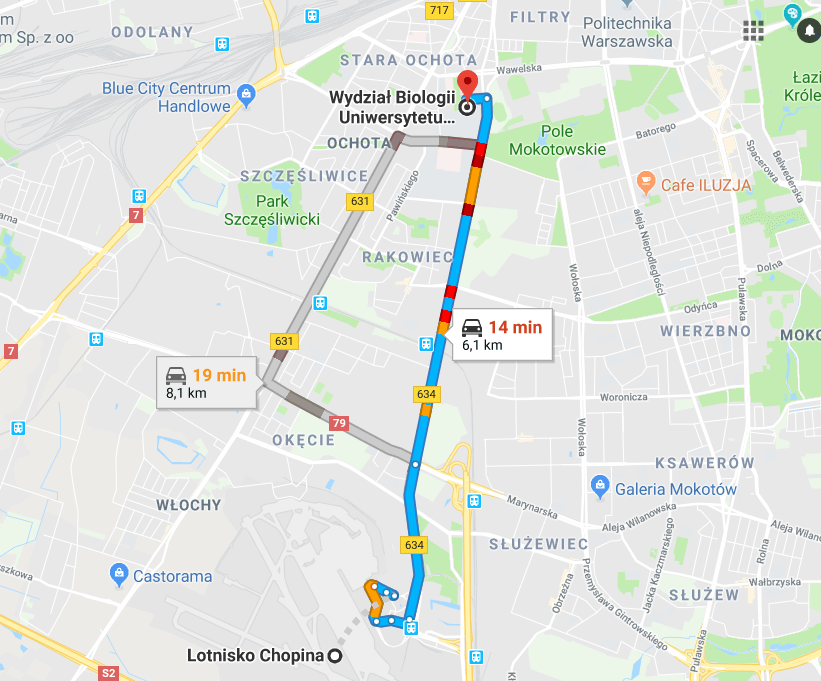 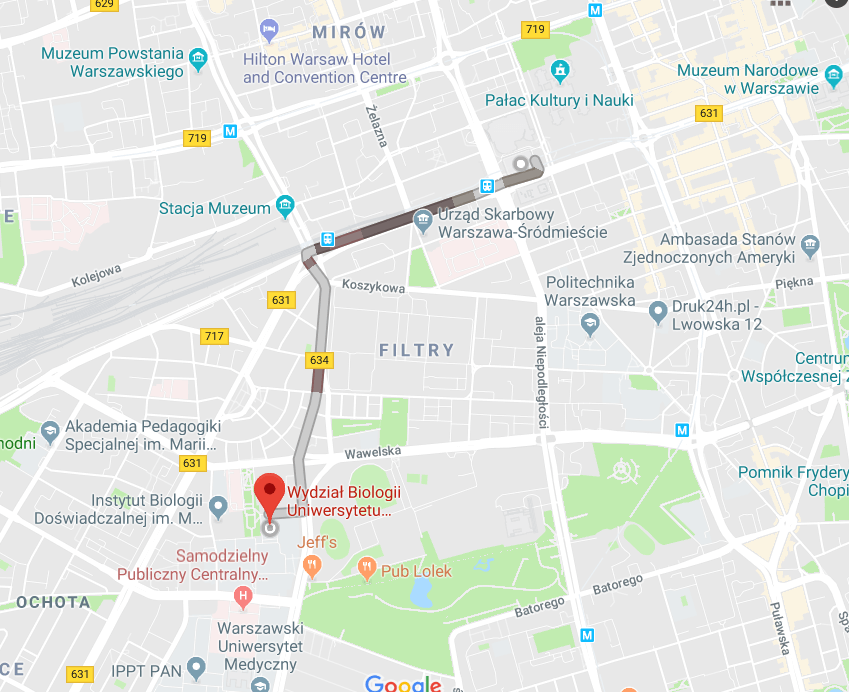 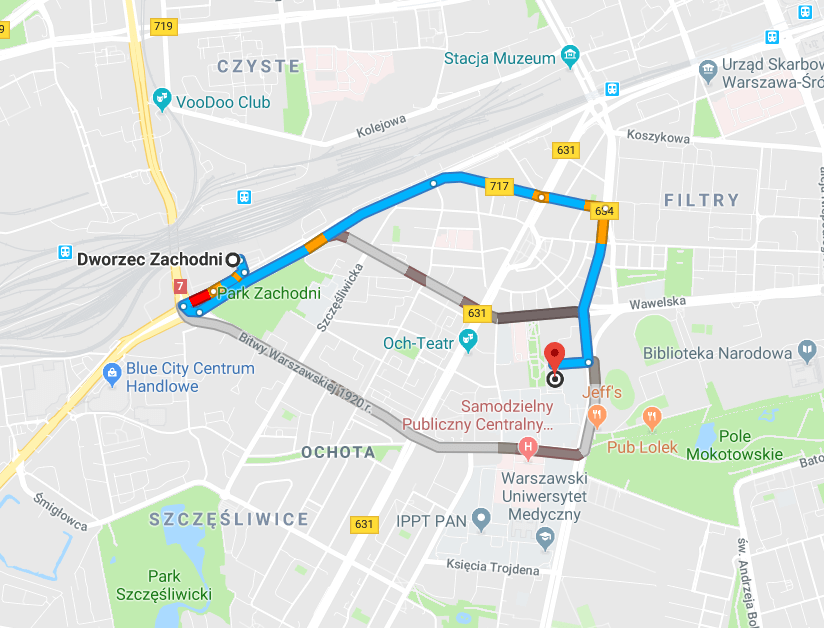 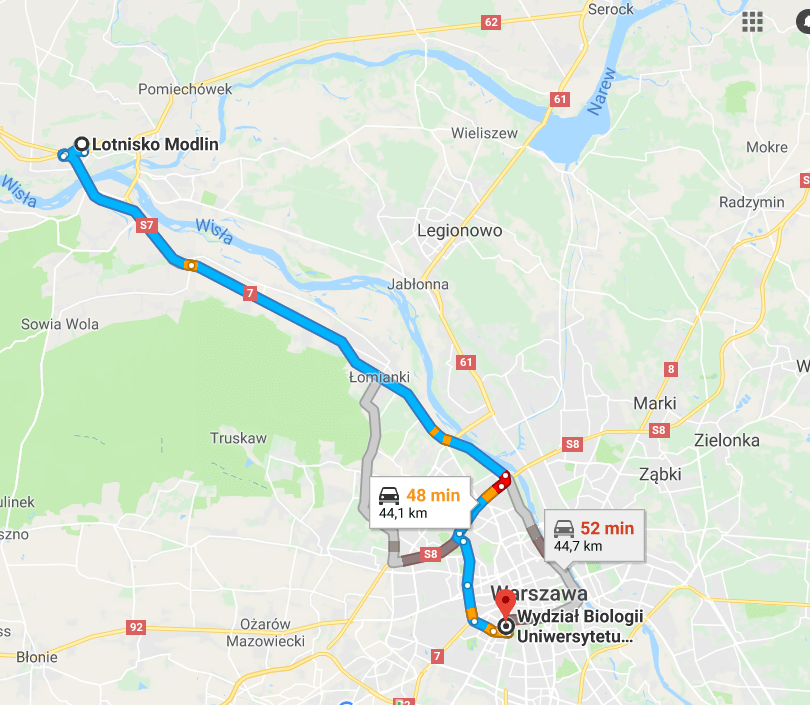 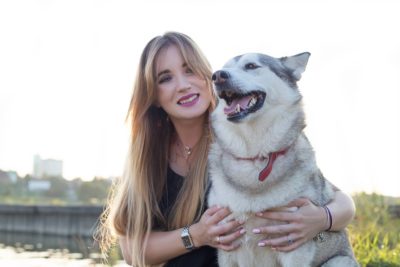 AGATA MARIA KOKOCIŃSKA-KUSIAK, MSc
The originator of the conference, the chairperson of the organizing committee, the main coordinator 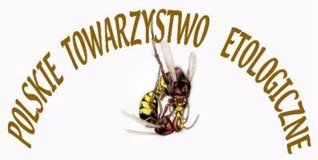 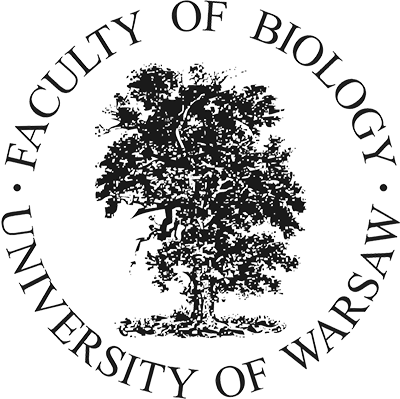 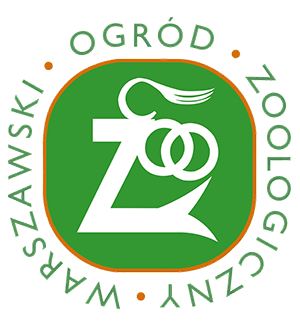 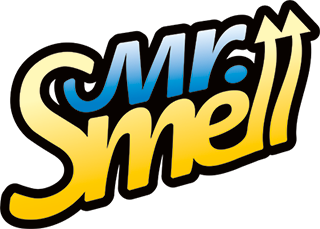 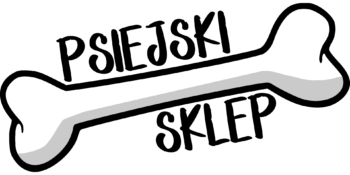 WE WORK WITH FOUNDATIONS 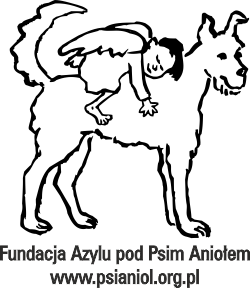 Sarah Fisher is a Tellington TTouch Instructor and canine and equine behaviour counsellor/advisor. She has worked with animals for over twenty years. She is experienced with a wide range of breed types and teaches staff workshops for many of the UK’s animal shelters including Battersea Home. She has worked in Europe teaching staff workshops for shelters including SPCA Malta and GIA (Romania) and has taught workshops and clinics in Holland, Greece, Switzerland, Italy, Austria, South Africa, Ireland, Romania and Poland as well as lecturing at dog training and behaviour seminars in the UK. She also conducts temperament and behaviour assessments for private clients, dog shelters and court cases.

Sarah has delivered talks, demonstrations, seminars and workshops on the link between posture and behaviour for a variety of organisations including the Kennel Club (Crufts and Discover Dogs), the Association of Pet Dog Trainers, the British Veterinary Nurses Congress, British Veterinary Nurses CPD courses, assistance dog organisations, Wagtail Ltd (search dogs) the Association of Dogs and Cats Homes and physiotherapy conferences. Sarah is a regular speaker at the Dog Behaviour Conference.
Sarah is the author of Know Your Horse Inside Out and Unlock Your Dog’s Potential, and co-author of 100 Ways to Train the Perfect Dog and 100 Ways to Solve Your Dogs Problems, all published by David and Charles Ltd and co-author of The Difficult Horse and The Healthy Donkey published by The Crowood Press Ltd. She has contributed articles to many national magazines including Your Dog, Your Horse, Horse and Rider, Dogs Monthly, Our Dogs, and Dogs Today as well as many other international magazines and publications. She has participated in numerous television and radio programmes over the years including the recent Nightmare Pets SOS for BBC1.

Sarah runs training courses from her farm near Bath for trainers, groomers, veterinary nurses, physiotherapists and animal behaviour counsellors who wish to broaden their expertise and incorporate low stress handling and low impact movement exercises into their work.

Jiří Ščučka has been involved in dog training for over 35 years. He was a guide and training instructor of working dogs for the  Military of the Czech Republic. He works as a decoy, main trainer and board member for the Czech Kennel Club and trained the first hearing dog in Czech Republic. He was involved in the selection and training of dogs for the army and police from the Czech Republic, Poland, Germany, the Netherlands, Belgium, France, Italy, the USA, Canada, Israel, Egypt, Qatar, South Africa, China and Spain. He is a member of the WATA (World Animal Trainers Association) international organization. He works with the best animal trainers in the world, including Monty Roberts, Bart Bellon, Ken Ramirez and serves as an adviser for Royal Canin, Nestle Purina and Czech University of Life Sciences in Prague.

His courses, seminars and workshop are not limited to dog training – he also cooperates with zoo’s across Czech Republic and Slovakia, working on improving animal well-being and eliminating undesirable behavior. Jiří was awarded the Best Animal Trainer in Europe award twice and in 2016 opened his own animal trainer school, Jiří Ščučka – Animal Training Academy.

His training is based on respect and understanding distinctness of dogs as a species, putting particular emphasis on mutual communication – which is a foundation for building good relationship with a dog. He believes it is our duty to explain the rules of the human world to the dog, helping it adapt to the environment by communicating – thereby making our companion happy and calm. Learning how to respect and understand dogs is crucial for trainers, owners and guides equally. Effective training requires a willing dog, which can be achieved by proper communication, motivation and also making use of it’s natural predispositions. Dogs do not speak our language – learning how to communicate with them to affect their behavior and to build positive and strong bond is our role as humans.

Sabrina Brando is WAZA’s Director of Animal Welfare. She has been working with and in zoos and aquariums for 26 years. Sabrina is a psychologist specialized in animal behaviour and welfare, and completed a MSc. in Animal Studies, focusing on the human-animal interaction. Animal learning and training, including training for research purposes, has long been a specific interest. Sabrina has published various articles covering animal welfare and learning and has organised dozens of collaborative seminars and workshops on the theory and practice of animal training with positive welfare in mind.

Chirag entered the field professionally in 2004 and has since become a leading figure in the profession internationally. He earned his BSc(Hons) in Veterinary Sciences from the Royal Veterinary College in London and a Postgraduate Certificate in Clinical Animal Behaviour from the University of Lincoln, UK. He also holds an Advanced diploma in practical aspects of companion animal behaviour and training from the Centre of Applied Pet Ethology. In 2005, Chirag completed an internship in dog behaviour and training with a focus on aggressive behaviour under the mentorship of Jean Donaldson at the San Francisco SPCA and developed his understanding and skills in puppy training under the mentorship of Ian Dunbar PhD, BVetMed, MRCVS.

He is highly sought after for consulting with private clients and organizations as well as running workshops for professionals internationally. Chirag consults on the behaviour management and training of domestic animals kept as pets, exotics, zoo and laboratory animals. His passion is the application of behaviour change science and ethics to improve the life of animals living under human care, especially applying training principles to teach animals to be active participants in their own daily and veterinary care in a stress free manner.

Chirag has an internationally selling DVD called ‘From Brain to Bite: understanding, managing and modifying aggressive behaviour in dogs.” Chirag also has a YouTube Channel that has accumulated over half a million hits and provides free resources for pet owners and professionals.

Woof 2019 is an event organized by Chirag Patel and Domesticated Manners. World-class experts, engaging discussions, friendly atmosphere – this conference is for you!

We use cookies to ensure that we give you the best experience on our website. If you continue, we’ll assume that you are happy to receive all the cookies.AgreePrivacy Policy